Over 15,600 kg Food Distributed to the Poor on World Food Day 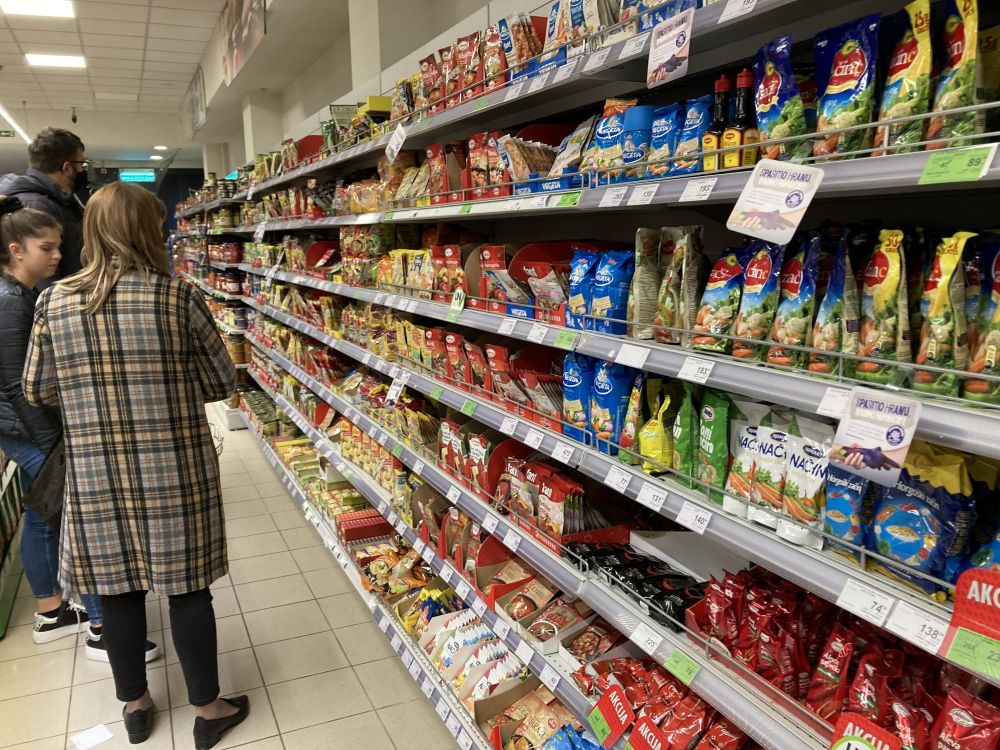 The Coalition for Giving, together with the partnering organizations is marking the World Food Day on October 16, by distributing donated food to the most vulnerable citizens throughout Serbia. Since September 29, within the campaign “Save Food, Save Humanity” and within the National Day of Giving which is being celebrated every year on October 9, the Coalition for Giving managed to collect over 9.9 million dinars donations either monetary or in food items directly which equals to over 42,642 kg of essential food items out of which 15,600 kg are being distributed today. As announced earlier, all donations will be directed to distributing essential food packages to the most vulnerable citizens.

Action “1+1” in Univerexport supermarkets, resulted in company Nestle’s donation of 232,000 of their products in the value of over 3.3 million dinars, which makes 10,436 kg of food. In the past two weeks, for each sold Nestle product marked with a special campaign sign, Nestle donated the same item to the campaign.

During the weekend of October 9-10, Lidl costumers in nine markets in six cities have collected over 3,000 kg of various food items. With additional donation, Lidl will balance the citizens’ donations to compile 500 packages of essential food items, around 5 tons of food in total, to be distributed through partner organizations: Red Cross of Serbia, Food Bank Belgrade, Federation of Food Banks of Serbia, Foundation SOS Children’s Villages Serbia, Foundation “Humano srce Šapca” and ADRA.

For the value of 2 million dinars, company DM donated 1,187 packages of food items (total of 8,997 kg) which will be distributed through Food Bank Belgrade to the socially and economically deprived families in 15 towns and cities throughout Serbia.

“The campaign does not stop here. Donation activities within the campaign “Save Food, Save Humanity” continues for another month, until November 15, and all interested companies and individuals are invited to visit website spasimohranu.rs to see in which ways they can support our efforts to provide food for the most vulnerable,” said Dejan Drobnjak, from Ana and Vlade Divac Foundation.

This weekend, company Delhaize in partnership with Food Bank Belgrade is marking the World Food Day with their traditional actions of collecting food donations in 68 selected Maxi, Mega Maxi, Tempo i Shop&Go markets and supermarkets throughout Serbia, this year especially supported through the campaign “Save Food, Save Humanity”.  The action started on Friday October 15 at 15 hours and will last during the working hours until Sunday October 17 at 15 hours. All citizens have an opportunity to donate food in these selected stores, while all donations will be distributed through 24 local and national humanitarian organizations in 10 towns and cities. For more information and for list of stores and towns please visit spasimohranu.rs and @SpasimoHranu and @Maxi.Srbija on Facebook and Instagram.

“The fact that so many organizations from different sectors support the campaign and National Day of Giving, shows that when needed we are able to unite for a common goal,” said Veran Matić, Executive Director, Serbian Philanthropy Forum.

The list of all the companies, CSOs and the media that supported the campaign so far is available on website http://spasimohranu.rs/ and here.

The campaign “Save Food, Save Humanity” and the National Giving Day are part of the Framework for Giving project, supported by USAID and implemented by the Coalition for Giving, led by the Ana and Vlade Divac Foundation. Other members of the Coalition are the Trag Foundation, Catalyst Balkans, SMART Kolektiv, the Serbian Philanthropy Forum, the Responsible Business Forum, and the Serbian Chamber of Commerce and Industry.