True heroes are those who have the courage, solidarity and strength to always act from a place of goodness and love in the most difficult times 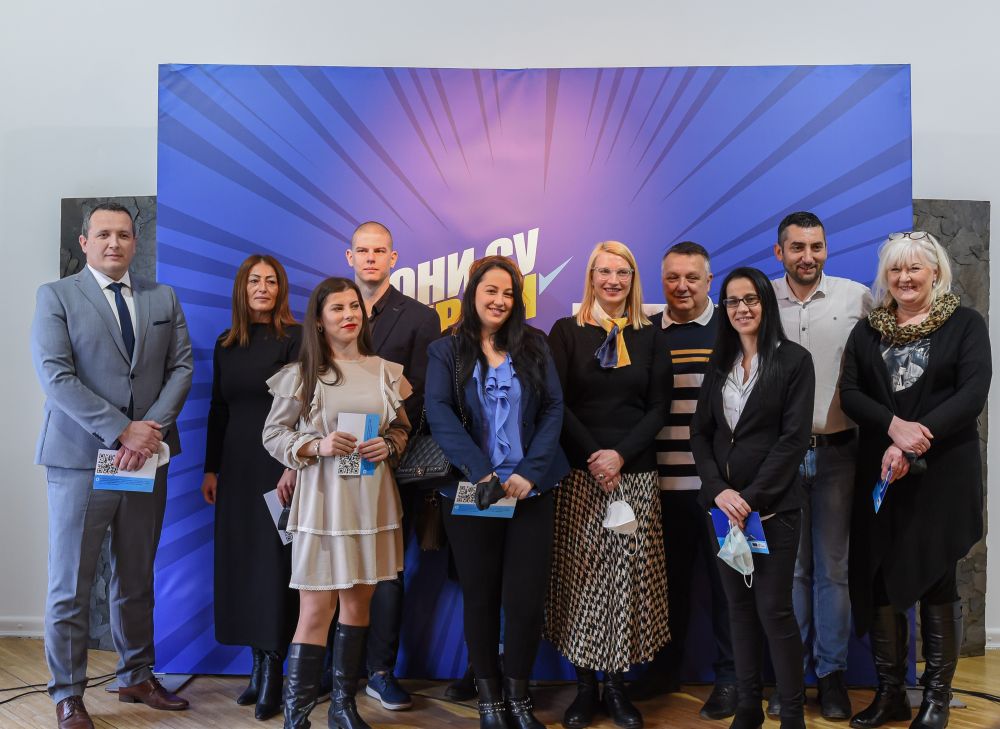 At the final ceremony of the competition "They are Heroes", 10 most prominent individuals were chosen and presented - 10 heroes who, in 2021, stood out with their selfless works. The competition, organized for the second year in a row by the Delegation of the European Union to Serbia, received many hero stories proposed by their fellow citizens, friends and family.

Day after day, with a tireless positivism and inexhaustible strength, she receives tens of thousands of patients and she approaches each one as if they were the only one. She is always at the concerned patients' disposal, from cancer patients waiting for the negative COVID test to receive their cancer treatment, to citizens waiting for a negative COVID test for traveling. That is why Sladjana is a hero, because when anger and uncertainty are tearing down the human in us, she is restoring faith in people and is sharing that faith selflessly every single day.

The Ana and Vlade Divac Foundation, on behalf of the European Union Delegation to Serbia, has implemented this year's competition for the selection and promotion of heroes.

Heroic stories reverberated and were heard far away, as 154 valid entries reached the competitive part of the open call, while nearly 210,000 votes came from over 40 cities in Serbia. The aim of the competition "They are heroes" is to recognize and reward individuals who have shown selfless energy and commitment to the community, and whose good deeds have been true examples of humanity and solidarity.

A man with a big heart! He provides food, hygiene, heating, renovates homes, finds accommodation for multi-member families on the verge of existence! Known primarily for making and giving away baby feeding chairs!

"Heroism takes different forms. For the past six days we have witnessed some of these forms of heroism as the people of Ukraine defend their country, their freedom, and their families. Heroes come in different ages, skin color, gender and orientation, different professions, religions and personalities, but all wear the same invisible cloak of empathy and solidarity. Today, we have presented and rewarded precisely such people - ten examples of care for the well-being of others, but we also pay our gratitude and respect to all other nominated heroes together with those who may not have been nominated now, but who indeed enrich their environments with good deeds. Difficult times require additional heroism and solidarity. Therefore, I hope that these people, our local heroes, will be an example for many others, because only through solidarity and humanity can we overcome the challenges ahead of us", said the Deputy Ambassador of the Delegation of the European Union to the Republic of Serbia, Mateja Norcic Stamcar.

True heroes are those who have the courage, solidarity and strength to always act from a place of love and goodness in the most difficult times. As we have been facing the greatest global challenge in the past two years, every hero deserves to have his story heard. You can read about the selected heroes and their heroic deeds at http://www.onisuheroji.rs

We thank all participants for their interest and for sending so many applications. Thank you for over 200 thousand votes, and we especially thank the heroes who have been a great help and support within their community - THANK YOU.