Pay What You Think is Worth 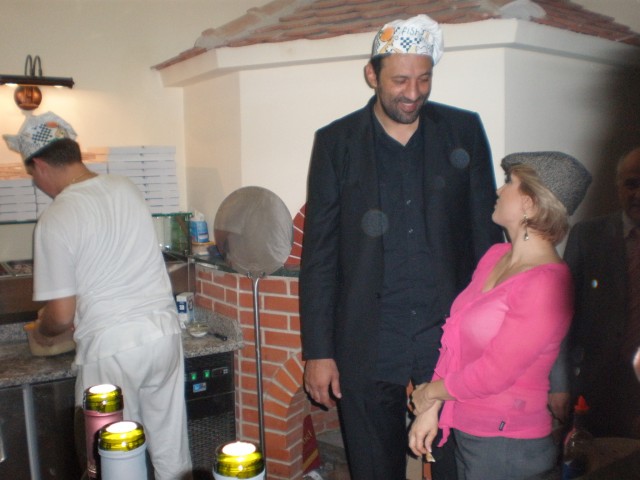 The“Little Bay” restaurant from Belgrade has recognized the need to become a part of the “You Can Too” campaign by creating a partnership with the Foundation Ana and Vlade Divac with a goal to jointly raise funds for the care of underprivileged families. Every Monday during November and December 2009, guest of the “Little Bay” restaurant had an opportunity to pay for a meal as much as they want to donate to the funds of the “You Can Too” campaign.

The Foundation Ana and Vlade Divac together with the “Little Bay” restaurant organized two fundraising dinners on 26th October and 23rd November with an idea to raise funds for the care of numerous refugee families still living in collective centers in Serbia. The hosts Ana and Vlade Divac together with Peter Ilić, owner of the “Little Bay” restaurant who arrived from London especially for this event, hosted numerous distinguished business people and celebrities. A great number of public figures such as Dušan Ivković, Dejan Bodiroga, Dragan Tarlać, Žarko Paspalj, Branko Radujko, Vladimir Kravčuk, Oliver Njego, His Eminency Israeli Ambassador to the Republic of Serbia, Arthur Koll, Savo Milošević, Dragan Bjelogrlić, Igor Miklja, Tijana Dapčević, Ana Stanić and many others showed up at these humanitarian fundraisers. The official program was run by journalist Vanja Bulić and Luka Mijatović, program editor of Radio Beograd 202; guests enjoyed performances of Toby Simms, a well known British baritone and Oliver Njego, one of our most esteemed and most famous baritones. Apart from personal donations by guests, funds for the care of families of refugees and internally displaced people were also raised by the auction of French vines of limited edition series.

This function helped raise funds for purchasing of three village houses for three families of refugees and internally displaced people from collective centers. This initiative was awarded the best project in a category of public relations for 2009.

“Da Gino”, another Belgrade restaurant also joined the fundraising initiative by hosting a fundraising dinner on 16th December 2009. A sum of around 1,000 Euros was raised at the function; Vlade Divac himself prepared pizzas for the celebrity guests.