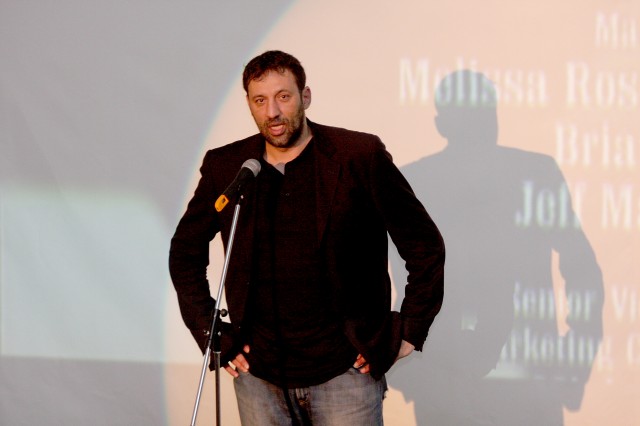 A film about the golden generation of Yugoslav basketball and the broken friendship between basketball legends Vlade Divac and Dražen Petrović was seen by over 4,000 people in Belgrade, Zagreb, Sarajevo and Banja Luka during February and March 2011.

The documentary movie Once Brothers had its premiere in Belgrade, Sarajevo and Banja Luka and it was also screened at the documentary film festival ZagrebDox where - due to the great interest, the screening was repeated three times. In Belgrade, Sarajevo, and Banja Luka this documentary was seen by approximately 3,500 people and the 5,900 Euros raised from ticket sales in these cities were donated to the Foundation Ana and Vlade Divac for solving the housing problems of refugees and internally displaced persons still living in collective centers.

Once Brothers movie covers the golden years of Yugoslav basketball and the broken friendship between the two most famous basketball legends of the former Yugoslavia, Vlade Divac and Dražen Petrović. Divac and Petrović together won the Olympic Gold in 1990 and became NBA stars at the same time. The documentary was filmed in co-production with “ESPN Films” and “NBA Entertainment” and directed by Michael Tolajian, but the story comes from Vlade Divac’s heart who is the narrator of the documentary.

Link to download a trailer from the documentary “Jednom braća”: http://30for30.espn.com/film/once-brothers.html