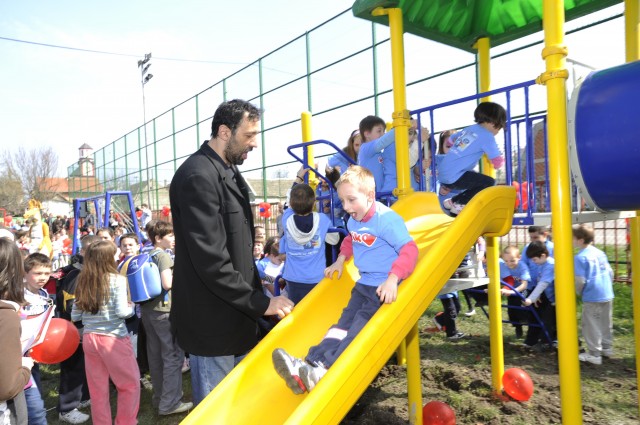 The restored playground of the “Milka Dimanić” kindergarten in Vlasotinci was officially opened by the Mayor of Municipality Vlasotinci, Srđan Šušulić, Corporate Communications Manager of Eurobank EFG, Nataša Krstić and our celebrated basketball player and humanitarian Vlade Divac, in the presence of children from this kindergarten who performed the project’s theme song “Big Heart for Little People”. The kindergarten playground and all equipment thereof are fully adjusted to children with disabilities, thus making this kindergarten one of a few kindergartens in Serbia where disabled children can play safely. 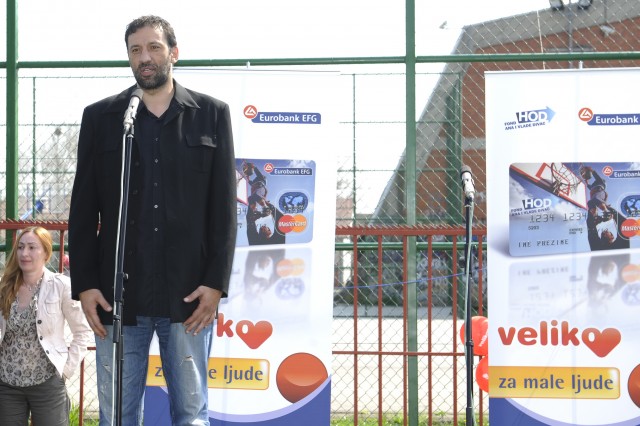 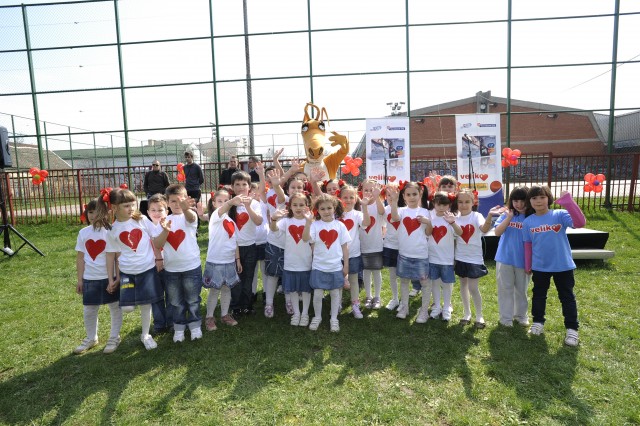