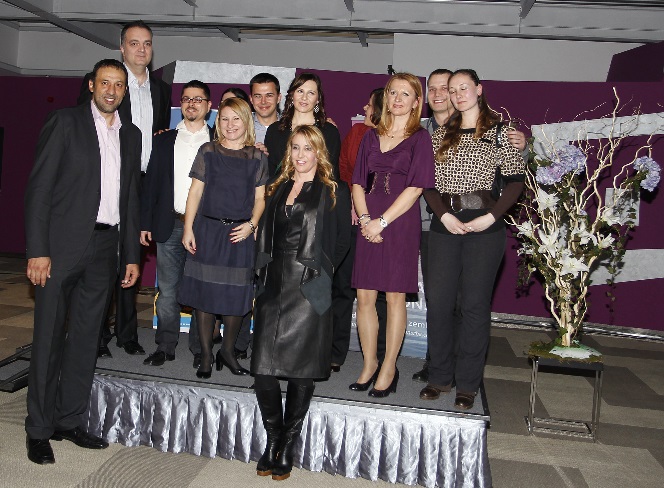 The cocktail party was held at the Hotel Zira in presence of friends and partners of the Ana and Vlade Divac Foundation. The Foundation presented the annual results for 2012 year and announced a major new campaign - One in a million.


Over the past year the Ana and Vlade Divac Foundation implemented a number of activities and projects in four main areas of work: support to refugees and internally displaced people, improvement of conditions for healthy growth of children and youth, the development of social entrepreneurship and development of philanthropy.

"The Foundation last year marked its fifth anniversary and I am very pleased that from year to year, we are supported by a growing number of partners and friends. We are happy to see that the number of refugees and internally displaced persons with permanent housing solution increases every year. We are particularly proud of the strong support from the people from all over the world, who recognized the importance of the campaign Let all help and have helped us to raise funds for the construction of four buildings for social housing in supportive environment'' said Snezana Divac President of the Ana and Vlade Divac Foundation.

Ana and Vlade Divac Foundation thought the programme You Can Tooprovided permanent housing solution and economically and socially integrated 491 families of refugees and internally displaced persons in Serbia. The programme was implemented with support of UNHCR and the Commissariat for Refugees of the Republic of Serbia, City of Belgrade, and numerous partners, companies and citizens from Serbia and the Diaspora. As the part of the program, during 2012, campaign Lets All Helpwas launched and funds for the completion of the complex of buildings for social housing in supportive environment in the City of Belgrade were fully raised.


Through the project Shared Values of Serbian Youth implemented with the help of USAID, through the Institute for Sustainable Communities, the Foundation has supported over the past year, 30 youth initiatives across the country, and so continued to implement activities that empower youth activism and improves conditions for lives of children and young people in Serbia.

In the cooperation with Eurobank Foundation has continued to successfully implement the Big Heart project through which we reconstructed four playgrounds in state kindergartens across Serbia.

The Foundation has been investing in the development of social enterprise Divac HOD by expanding its product range and network outlets. A significant contribution has been made for the development of social entrepreneurship in Serbia through the projectIdea for a Better Tomorrow, implemented with the support of UniCredit Bank and UniCredit Foundation, encouraging families and businesses with innovative ideas through the awarding of grants. In late 2012 Foundation started a new project Support program for single parents.

Ana and Vlade Divac Foundation was joined by more than 30,000 individuals and a number of companies from Serbia and the Diaspora through a series of charity dinners, concerts, theatrical performances, exhibitions and other events around the world, during the 2012.


At the cocktail a new big campaign was officially launched. One in a Million Campaign was launched by the Foundation in order to motivate people in Serbia and abroad to take the initiative to join us and help resolve long-standing issues of national importance, for the good of present and future generations in Serbia. All funds raised in the One in a Million campaign will be used for improving the education of children through the provision of equipment and reconstruction of primary schools throughout Serbia.

More about the project One in a Million can be found at the web site www.milionsrba.com