At round table "Youth unemployment and risk of poverty in Serbia" Ana and Vlade Divac Foundation presented the results of the Youth Participation Index including monitoring report of the state of affairs of social, economic and political inclusion. 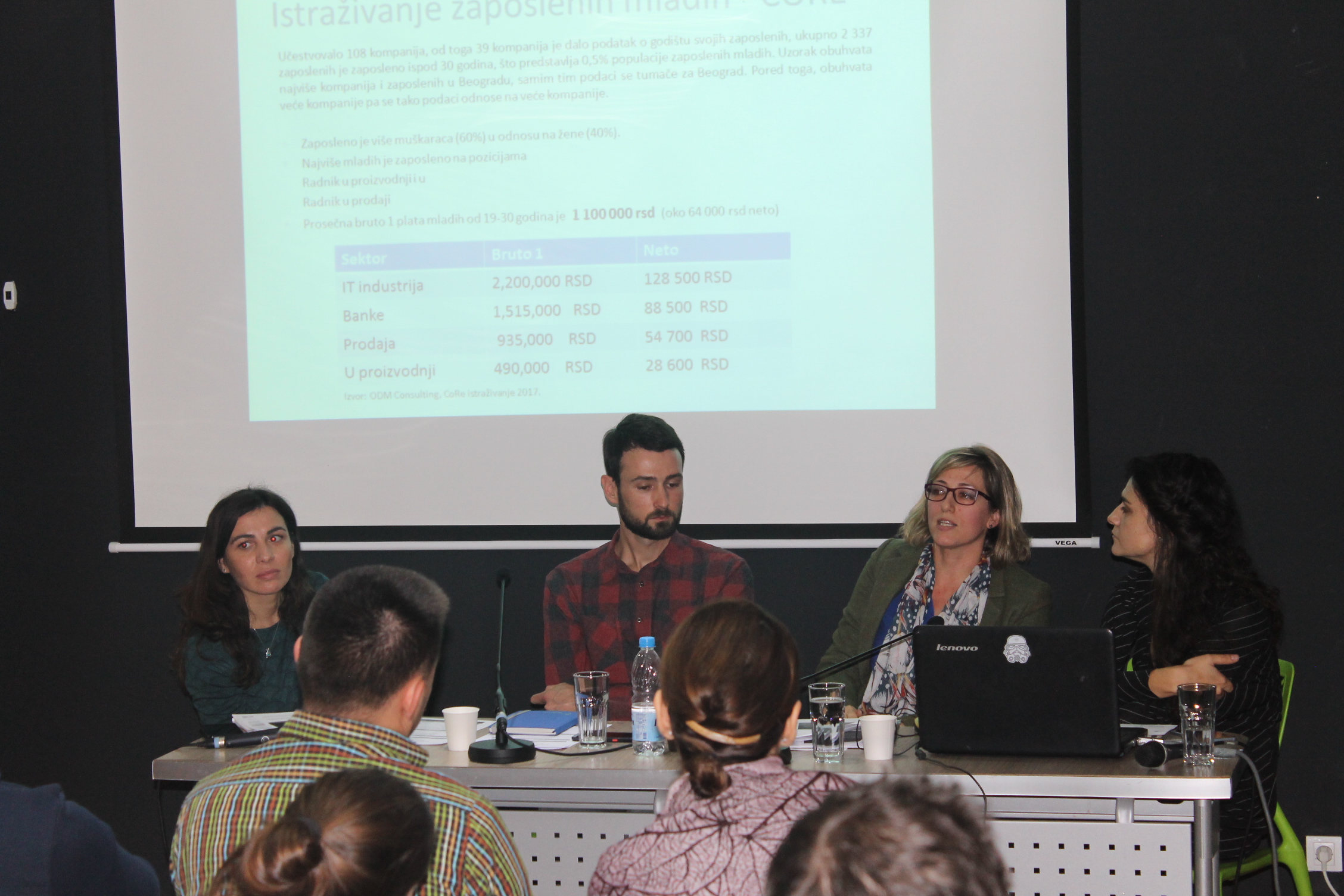 Divac Foundation, Belgrade, November 15, UK Parobrod. “Data from 2015/2016 shows that NEET rate in WB region and Turkey ( "Not in Education, Employment, or Training" - number of young people who find themselves disengaged from both education and the labour market age between 15 and 29) is around 31,6% while in Serbia is the lowest - 22,3%, but still high compere to  the European union where  is slightly lower - 14, 2%”, said Ksenija Rakic, public policy researcher from Divac Foundation.

Monitoring report is realized within the project Youth Bank Hub for Western Balkan and Turkey (Albania, Serbia, Turkey, Montenegro, and FYR of Macedonia) which Ana and Vlade Divac Foundation conduct in Serbia.

“NEET rate in Serbia is lower than in region, especially compared to Albania and Turkey, countries which are also part of this project”, explained Jovana Tripunovic, project coordinator within Ana and Vlade Divac Foundation.

According to Statistical Office of the Republic of Serbia, 30,2% young people age between 15 and 29 is at the risk of poverty.

Mladen Milutinović, represent of the Association for the Development of Children and Youth - Open Club from Nis and represent of OC in The European Anti-poverty Network - Serbia and Chairman of the Assembly, said: “Young people in Serbia are part of the population which is at the highest risk of poverty. High risk of poverty is, among others, result of high youth unemployment rate, but also a large number of young persons not in education, employment or training. These factors lead to poverty and poverty leads to personal insecurity, disaffection and powerlessness. That’s why fight against poverty should be prioritized and we should have a comprehensive approach when it comes to this problem - to employ young people, especially young people from vulnerable and marginalized groups”.

“Main strategies of the National Employment Service when it comes fight against the youth unemployment and poverty include free courses, trainings, field visits to rural areas, grants for starting a business.

“Those who aren’t signed to employment bureau can also use all these possibilities”, said Ivana Janjuz, advisor for employment in National Employment Service.