On this educational tour, we dealt with the theme of solidarity in the broadest sense of the word. During 90 minutes of walking we visited the places where the Solidarity left its mark in history in the urban part of Belgrade, as well as places where solidarity can be seen at work and feel today. 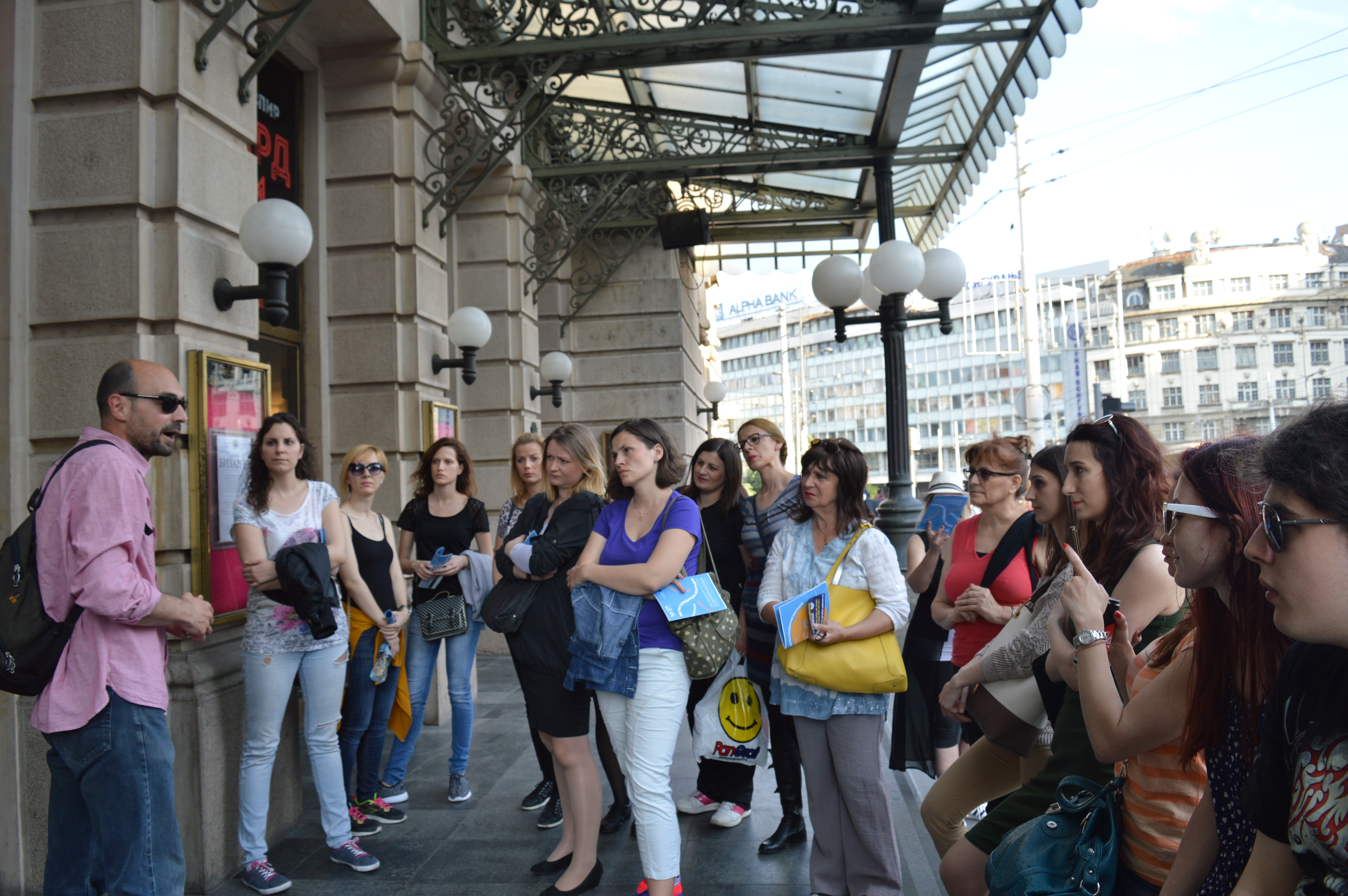 After Nikola Pasic Square, site of the meeting, we walked to Dečanska street number 21 where Serbian family kept Jewish girl Reli Alfandari during the Nazi occupation and told the story about the suffering of the Jews of Belgrade and Belgrade "righteous" who are hiding them.

We continued to Kolarceva street where we talk about long student protest 1996-97. and how they help people spontaneously protesting students with food, drink, donations and allowing them to persist for several months.

Not far away is the National Theater. Money for its construction 1868-69. gave the Prince Mihailo Obrenovic, but many also others well-established Belgraders who are listed on the board which you can see in the vestibule of the building.

After that we walked to the Kolarac public University. In the foyer of the building, near bust of Ilija Milosavljevic we talked about his intentions to raise the university, his literary fund and the work of his foundation, one of the most important cultural institutions in Serbia, which are self-financed today and lasting for 150 years.

Not far from there we stopped in the street of Knez Mihailo in which there are four buildings in which Nikola Spasic left three different funds to help vulnerable groups. We also talked about the modern endowments such as those of the private museum "Zepter", donors from diaspora, but also opportunities for citizens to involve and support someone.

Furthermore, we descend to Savamala, to the corner of streets Koca Popovic, where there is one of the palaces that made up the Foundation of Luke Ćelovića Trebinjca, the man who changed the look of the place but also his gifts indebted interwar Belgrade University, giving it financial independence.

Directly across the street is "Miksalište" which in its new space in the Gavrilo Princip Street where people collect and distribute aid to refugees from the Middle East. We looked at how it works and talked with their volunteers.

Ana and Vlade Divac Foundation have organized already 4 of those walks and gave free tickets for 60 people through media and to our project partners. We are proud that we have become partner of Museum Night program and our sightseeing tour was part of this fantastic manifestation.

Belgrade and solidarity sightseeing walk is part of the project "Celebrating Solidarity" supported by the EU through the program Europe for Citizens. Ana and Vlade Divac Foundation celebrates 10 years of its work and as part of this anniversary organizing a series of events titled "Celebrating solidarity". We want to encourage solidarity by providing our fellow citizens across Serbia variety of free programs and activities tailored to different generations and interests of the citizens of Serbia. 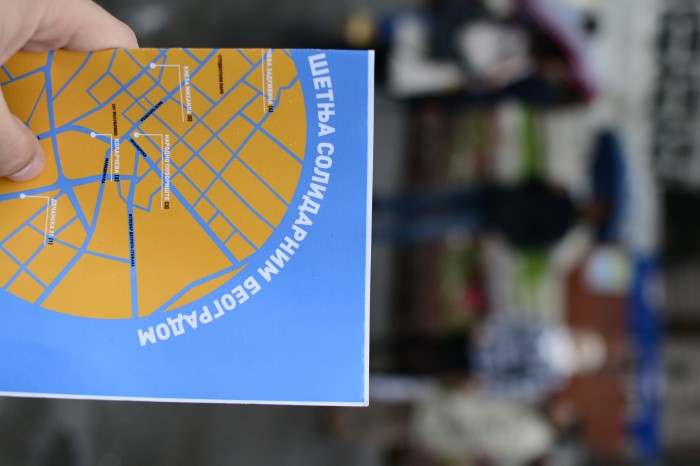 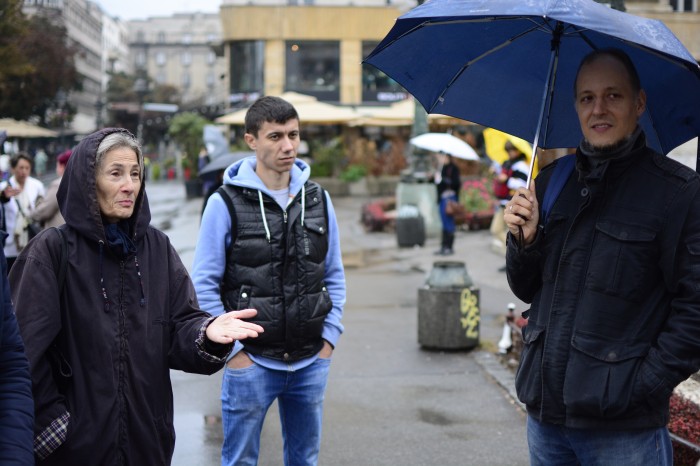 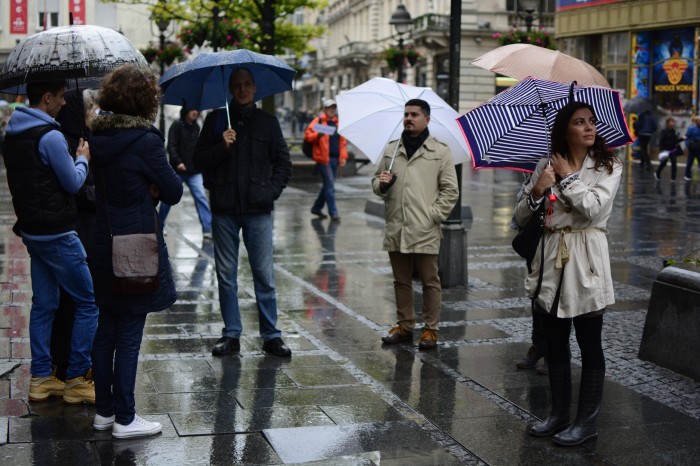 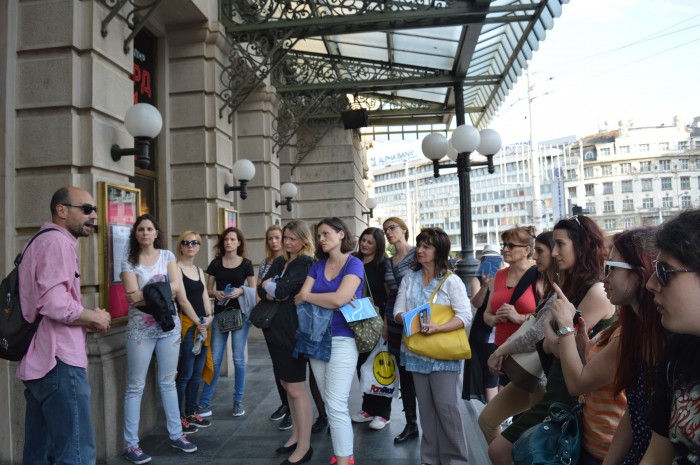 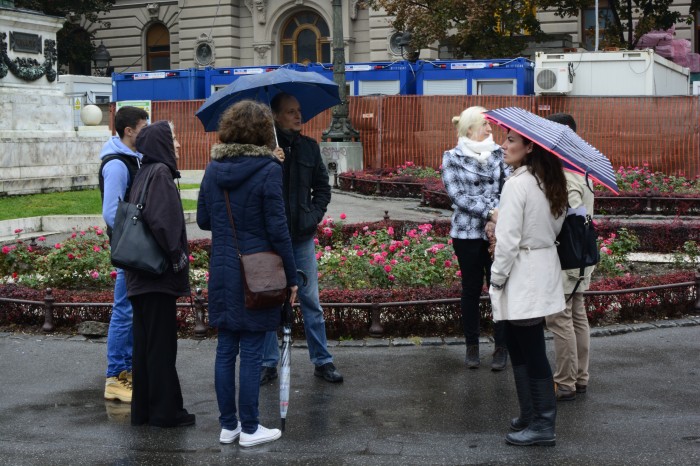